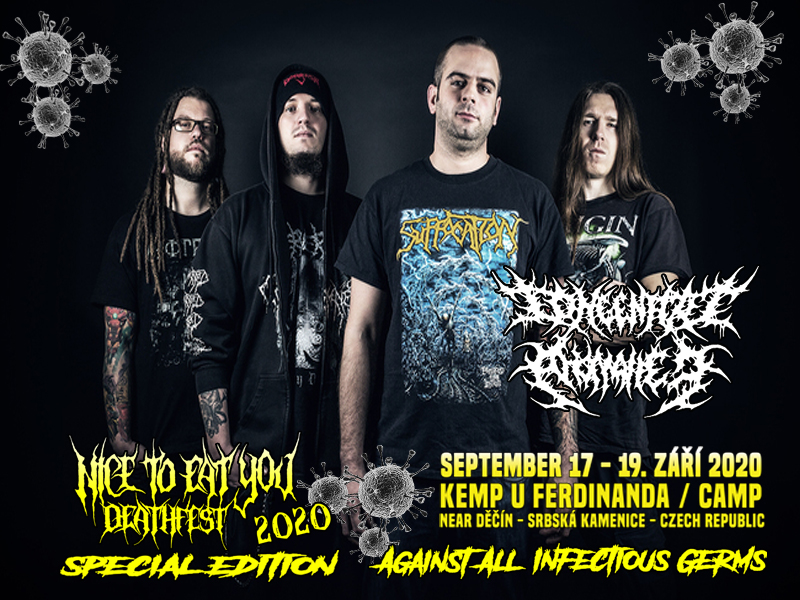 Congenital Anomalies was formed in 2010 in Prague by Jaro Stanko (vocal) and VytahFetus (guitar, drum programming). In 2012, two demo records were released, called “Unseen Parasite” and “Haemagogus”. One year later, the band got under the wings of Nice to Eat You Records. The first full-lenght “Human Embryonic Mutilation” was recorded and released in 2014. Short before the recording, another guitarist, Wajt, had joined the band. After two years of performing, new, more sophisticated songs were born and recorded. The second full-lenght “Misconception” was released in 2017 and have received very possitive respondes since. With Petr, the new bass player who joined the line-up in 2016, Congenital Anomalies have played plenty of shows in the Czech Republic, as well as abroad, including Frankfurt Deathfest or Ranger Rock Festival.